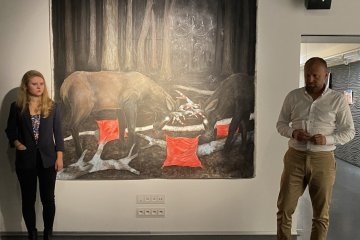 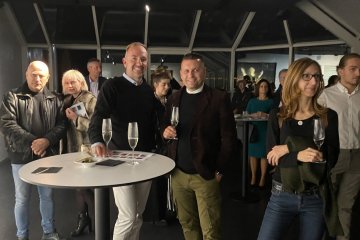 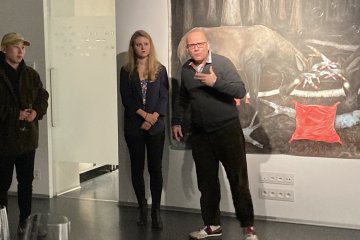 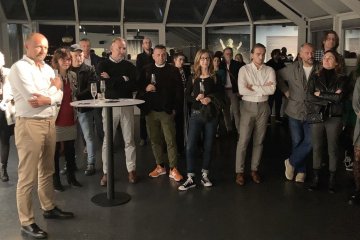 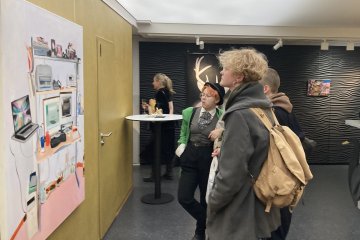 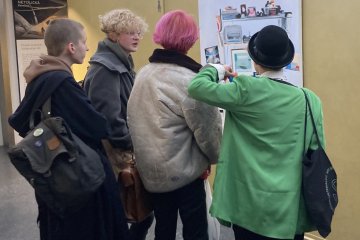 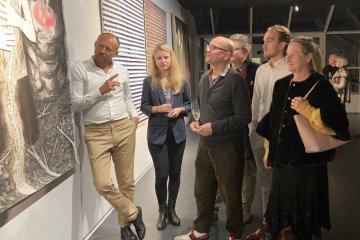 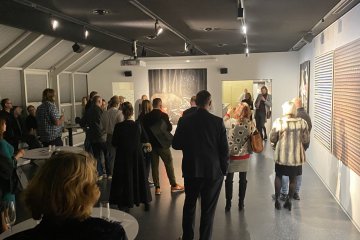 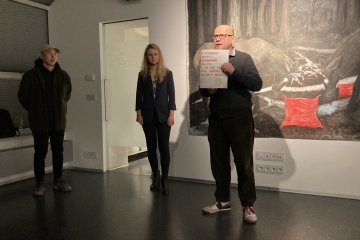 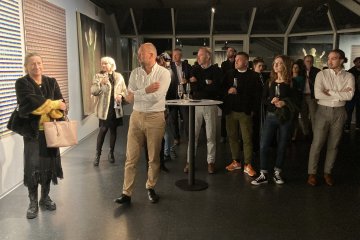 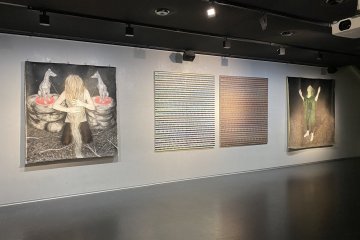 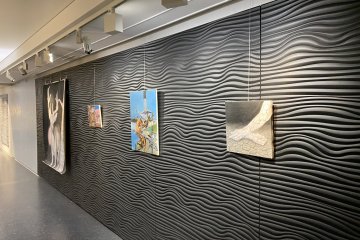 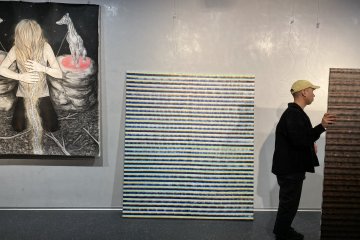 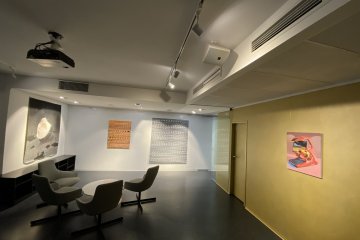 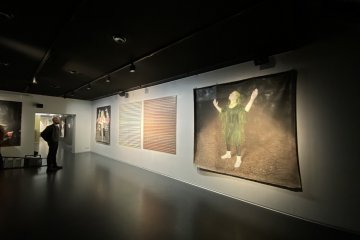 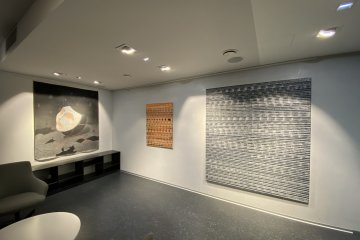 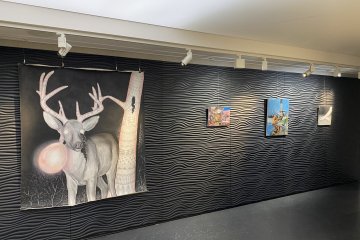 It's slowly getting dark...Only the wind laughs

Once upon a time... When I approached Karolina Netolická for the autumn exhibition at the Black Swan, she wanted the name to be sad and serious. Which is a surprising request for a young painter, but naturally corresponds not only to the nature of her work, saturated with a strange melancholic nostalgia, but also signals the broader disposition and understanding of the world of the youngest generation of artists. It occurs to me that the name of this gallery and the whole house, Black Swan, was created for this exhibition. In this sense, Batmanlai Narankhuu is not far from Karolina in his work either. Black Swan and Black Swan.

Despite the seriousness of their painting approach and the subjects depicted, their work does not come across as depressing or bleak. On the contrary. Their bravura technique, undoubtedly the best of the emerging generation, allows them to "tell" hauntingly sad, puzzling, mysterious and profound stories in such a way as to encourage us as we travel through life's rivers, woods and plains. Don't let their young age fool you. There is a great experience of art history and a questioning view of the present folded into their paintings.

Batmanlai Narankhuu (b. 1994) came from Mongolia, where he had lived in the capital Ulaanbaatar since the age of three, to the Czech Republic at the age of fourteen. His parents sent him straight to school, even though he did not speak the language. This is an existential situation that few can imagine. It reminds me of the fate of the painter Jiří Georg Dokoupil, who, as a teenager, came to Germany with his parents after the 1960s. Batmanlai's path then led him through Hollarka, where he studied graphic design - and only in his last year of high school did he start painting - to the Prague Academy, where he entered Martin Mainer's studio for the second time, which was fortunately taken over two years later by Marek Meduna and Petr Dub. This school year he will graduate there. Karolina Netolická (b. 1993) will also be graduating from the Academy, in the studio of Jiří Petrbok, who must not only be impressed with what and how she does, but admiringly praises her as an extremely diligent student.

I won't retell or interpret the skein of motifs that appear in Karolina's shadowy compositions and Batmanlai's idiosyncratic paintings, whether purely realistic or indulging in transitions between abstraction and figurative narrative, I'm already without that long. I'll just mention the surprise here when Batmanlai also exhibits painterly geometric abstract paintings. They were created earlier this year, and complement Karolina's drawing in the exhibition, highlighting that Batmanlai is excited by the painting process first and foremost. But even this has a convoluted historical development, like realistically dreamlike narratives.