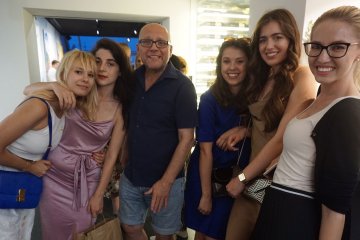 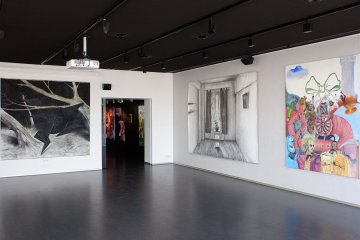 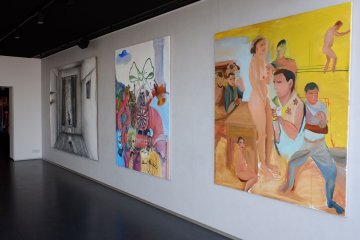 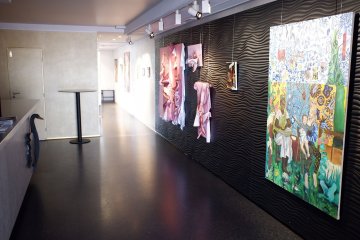 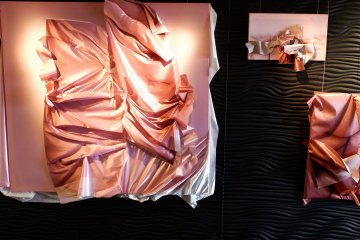 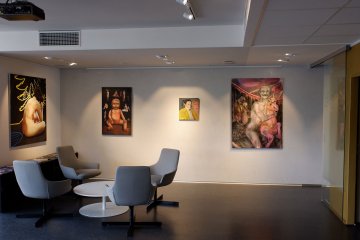 It is a summer student exhibition consisting of the exhibits created by only female participants of drawing and painting studios lead by Jiří Petrbok, Marek Meduna and Josef Bolf at the Prague Academy which is supposed to open a new series of Student Line. Even the name of the exhibition is supposed to be lighter. However, it seems to be somewhat more serious, though there is no need to worry. It is, of course, a rather compact group; after all, it was Lucie Králíková and the artists themselves who have initiated the exhibition, so there is some kind of a permeating bond between them or a relationship to art, to the world and to themselves. This results in a closely mixed up exhibition, though the authors are of various studios and different grades. Well, as for the various studios… In fact, these studios are close to each other in some matters. If not formally, then surely by a trembling relationship to somehow broken, hurtful, painful and yet still colourful reality, as shown by work and attitudes of their masters. This all more or less relates to what emerges on the canvases of the female authors. It is about exploring the possibilities of one's own identity, the relationship with the body, the people, the space where they are moving, the dark corners of their gradually uncovered souls. Their themes are open, accommodating, narrative and multi-layered. Also a formal aspect is apparently spontaneous, open, often eloquently figural, even where there is no painting or drawing, as it is in the assemblage textile collages of body fragments by already mentioned Lucie Králíková. It seems that sincerity becomes almost directive; painting is so current and imaging at this very moment, with an uncomplicated handwriting. If I were to give one more name as an example, then it would be Laura Limbourg. But all the girls or young women tell their stories, being thrown into the fascinating world which they discover with the same intensity as the world discovers them. Are we entering a new era?